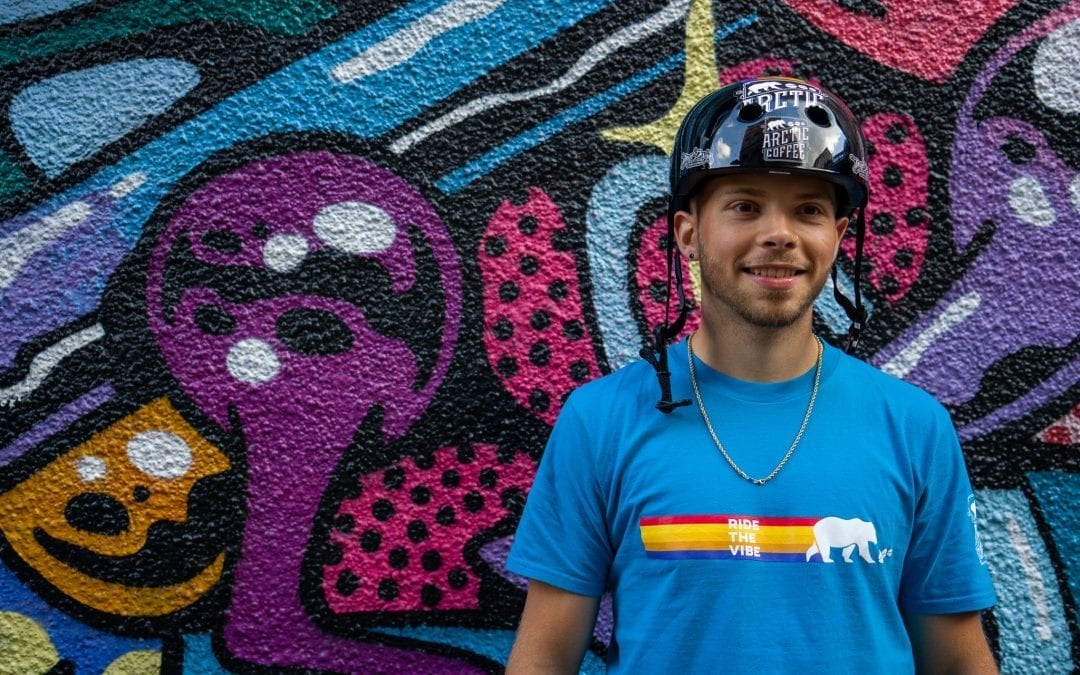 Matty Turner is a Mountain Bike Street Trials Rider and one of our awesome Arctic Coffee Ambassadors.

Seven years ago, Matty was at his nan’s house in Devon for the weekend and saw a guy bouncing around on his bike through her window. He didn’t know what he was seeing, but knew he wanted to be a part of it! Some Googling led him to Danny MacAskill’s amazing videos and the rest, as they say, is history.

When Matty was 14, he created and uploaded his first proper Street Trials edit which received a great reception – with RedBull even commenting “Jaw dropped”. He was off to a great start!

These days, Matty is rarely off his bike, practising at least four days per week, fuelled by Arctic Iced Coffee of course! He says, “Arctic is one of the most refreshing drinks I’ve ever had, the one drink you can have and constantly drink and not get tired of. It’s the best drink to have before a ride too, to get me going and boost energy levels for a good session!”

When asked about his favourite flavour, Matty says, “Hard to choose between all the amazing flavours! But, I think the caramel latte takes the lead for me!”

Matty’s advice for anyone inspired to give Street Trials a go is to buy a cheaper or second-hand bike first because the bikes are expensive and the sport isn’t easy – it’s best to be sure it is definitely for you before you invest too much of your hard-earned cash!

Once you have a trials bike, Matty recommends that the first thing you need to learn is the ‘trackstand’ and hone your balance. “Trials biking is all about balance, if you don’t have the balance you will find it very hard to proceed to the next steps and learn more tricks,” he says.

The next thing you need? Dedication. In Matty’s experience it takes a lot of mental strength to keep going and continue with the learning process. Many people simply give up because it’s ‘too hard’. Which could be why Street Trials is still seen as a very unique and small sport, though it is growing in reputation and following.

If you are interested in seeing more Street Trials action, riders like Martyn Ashton, Martin Hawyes, Danny MacAskill and Fabio Wibmer are the pioneers of the sport and recommended viewing for anyone interested in giving it a go, or just watching something really cool!

When asked about the future, Matty says: “I’m excited about working harder and producing more big edits to show my full potential in my riding, and my creativity in coming up with new tricks. Working alongside Arctic is great and I look forward to developing our partnership – I’ve always drunk Arctic Coffee, so this is an opportunity I could not say no to! I’m also really looking forward to going to some cool places with the Fusion Extreme stunt team (when we can!).”